Grand Theft Auto 5 modders continue to start working on the improvement after the release of GTA 5, and the latest mod makes it look like an actual next-gen game.The developers of GTA 5 introduce its latest mod that is GTA 5 NaturalVision Remastered mod. It is considering a hyper-realistic mod that is presented to bring a charming effect in gameplay. The fundamental goal of the NaturalVision mod is the same as to make the GTA 5 game look more realistic and natural.

According to the Razed, GTA 5 NaturalVision developed for more than 1,200 hours spread over six months of work. Unlike the previous mod, this version does not bet on overlapping shaders to improve the result, translating into a notable performance improvement. 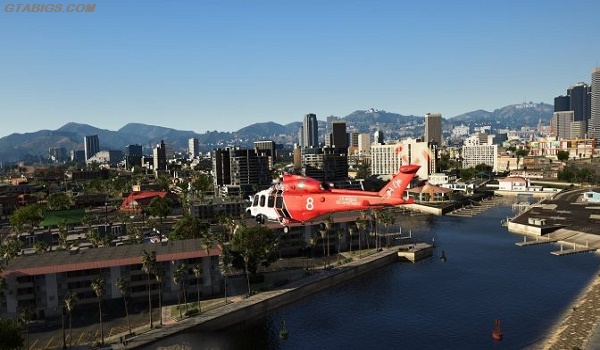 The GTA 5 NaturalVision Remastered mod comes with the revised color gamut, improved lighting, and other visual effects that make GTA 5 feel more realistic than ever. In this new mod, the developer has invested 1200 hours of work over six months to achieve the best results. A special effort must be highlighted to minimize the impact on technical performance.

However, this is the main reason many players prefer to play with this mod without any compromise.

NaturalVision mod is the result of the modders team

This mod is the outcome of a hardworking modders team led by Jamal Rashid, famous as Razed. At one point, Rashid said, years have been spent to create this latest version of NaturalVision, which is now available in early access when a player pays ten euros per month for a subscription.

Furthermore, Jamal Rashid said, “We had to modify various 3D models, hundreds of variable files, and numerous textures to achieve the result that would make the game look next-gen”.

Through this mod, a player will take the Rockstar game’s realism to the next level.

NaturalVision is a next-generation mod

NaturalVision is an ever-updating visual enhancement mod that comes with numerous changes in GTA 5. Meanwhile, It focuses on improving lighting systems, weather effects, ambient colors, and tonal mapping and enhancing world textures, building models, and many other features.

On the other hand, the NaturalVision mod even adds a beneficial effect through RTX and ray tracing, giving more tonality and improved reflections with ambient occlusion, improved buildings effect, and a new lighting system in the gameplay. Unfortunately, there is no public version of the GTA 5 NaturalVision mod.

The overview of Southern California visually inspires GTA 5 NaturalVision to offer a complete overhaul of the original mod in the gameplay in which it is committed to improving the lighting system, ambient colors, ambient climate, and tone mapping with a single purpose that a player feels a deep view and forget that whether they play a game or enjoy the visual version of reality.

Even though the mod offers a fantastic effect, that’s why the player experiences closer to hyperrealism.