When GTA V, released, it made a lot of noise. At the time of release, it was the best-selling game. And how many awards it has earned – do not count. The popularity does not decrease in 2020 either. New gamers come to the world of GTA. Everyone has heard that the game is quite long. Therefore, one of the most popular questions for beginners is how many missions are there in GTA 5? There are 72 main ones. There are even more side ones. Let’s figure out what these gta 5 missions are. 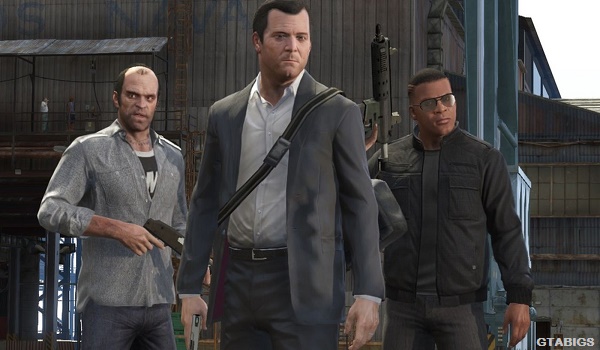 The storyline in GTA V consists of about 72 missions.

Briefly about the Characters and plot

We will be told about three robbers – Franklin, Michael, and Trevor. In addition to the fact that each of them has their background, which will constantly pop up in passing, they also have different skills. Perks, if you like.

Slowing down while driving. This makes it much easier to enter corners and break away from the police.

Slow down while aiming. Great during shootouts.

An adrenaline maniac who can vent his anger at others, falling into a rage. The damage from his attacks is doubled, and all he received is reduced by exactly half. An interesting feature of the game is that you can switch between characters at any time, except when they are busy with their own business. The plot explains this, so there will be no unexpected disappearance of the character. The gamer can always guess which of them is free and who can be used. You can switch even during missions.

Each character has enough story missions. And most of them refer to only one protagonist. But there are those in which two or even all three participants at the same time. If earlier missions were of the same type, the developers paid a lot of attention to this particular side of the gameplay.

Throughout the passage, there are only a few missions that are similar to each other. For the most part, these are different adventures in which you have to invent new tactics and quickly respond to new environmental conditions. All the game’s missions bring us to the final one – the robbery of the Federal Vault. Before the end of the plot, the gamer is presented with one more mission. In it, he can make a choice:

Regardless of which of the endings the gamer chooses, he will have the opportunity to continue the game after completing the storyline. San Andreas is filled with interesting side missions and all sorts of secrets. Therefore, to stop playing at this point would be a sheer crime from Rockstar.

In the 5th part, the developers decided not to add difficult missions to the story campaign. The game should be relaxing, not stressful, thought Rockstar and gave up tasks like helicopter rides in Vice City or catching a brother from a fire truck in San Andreas. But they made it quite difficult to complete the flight school.

For gamers who play the game on PC, this is a real pain. But the task can be greatly facilitated by simply connecting the gamepad to the computer. On the joystick, everything becomes much easier. And yes, don’t forget about trimming. Use it more often instead of roll – and everything will work out.