In the GTA 5, an actual military base appeared for the first time, on which, in addition to the regular army, the air force of the United States of America is based. This place is called Fort Zancudo. If you want to know where the military base is located in GTA 5, how to get there, and what you can find interesting there, read our article. Like many objects in GTA 5, Fort Zancudo has its prototype in real life – a naval base in the US state of California.

Like everything in the game, this place does work out with care and love – all the characteristic details preserve up to the fire station on its territory. Northwest San Andres is one of the few military base in GTA 5. Fort Zancudo has a real-life prototype in California. The structure is close to the original. Even the fire station has been recreated. Everyone in a single-player or multiplayer game wants to get there to get military equipment. 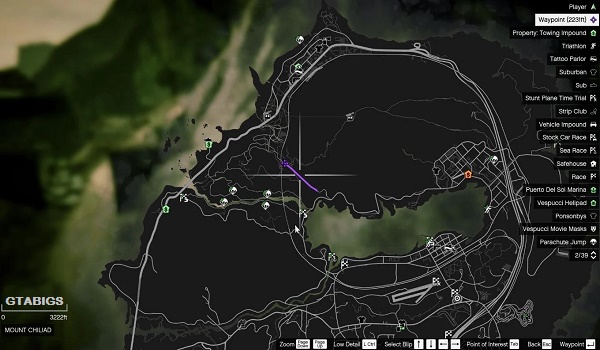 Find the military base on the map

The fort is not marked on the map as it is a secret facility. After the next update of the online part, the icon appeared on the map. In solo mode, you’ll have to explore the world. Hint: The military base GTA 5 on the map is located on the left side on edge, in the middle. Between Mount Josia and the ocean, getting there is easy, but getting in and staying alive is difficult.

Map and structure of the object

The map shows the GTA 5 military base territory not so exciting if you come there yourself. Army fort structure:

The vehicles include tanks, helicopters, and assault jeeps: fighters, air defense, and military cargo aircraft. Some gamers love the latter to steal. Trevor does the same in the corresponding mission in the single-player campaign.

GTA 5 military base is a challenging way

It seems easy. As soon as you find yourself in the near airspace, the dispatcher will contact you by radio and order to deploy the aircraft. If you refuse and continue to fly to the GTA 5 military base, you will receive two Criminal Investigation Stars. Army men will start shooting from the ground and with the help of air defense.

Continue to fly further and find yourself above the territory of a secret object – 4 stars and a “bird.” A hydra with homing missiles rushes after the player. It is difficult to resist against shells—a couple of accurate hits, after which the player sees the animation of death. Dodging Hydra shots is hard. And if they manage to land, the warriors will happily feed them with lead.

How to get there unnoticed?

Although this is GTA, an underground passage is possible. A couple of paths for the GTA 5 military base – how to get there unnoticed. In the first case, the character approaches the checkpoint, which stands on the south side. The attendant will approach the barrier, which should be shot with a barrel with a silencer. The siren will not turn on. The passage is clear.

The second way to enter a GTA 5 military base without anxiety involves using a Merryweather helicopter, which belongs to military equipment and does not arouse suspicion. You can’t catch four stars. However, in the event of inappropriate behavior, the soldiers will quickly calm the situation down. Be vigilant!

Invade a military base

If you climb the tower near the airstrip, you will find a minigun there. By the way, the machine gun will greatly help capture the fort because the vehicle’s armor can be withstanding shots for five seconds. To make it easier to understand how GTA 5 can infiltrate a military base, consider a couple more options.

The secret object is surrounded by three hills that can act like springboards—one on the east side, the other off the highway, next to the tunnel. First, it is worth accelerating harder because there may not be time to escape. For fun, it does recommend trying alternative paths.

As soon as you get to the military base, they will immediately want to kill you. Therefore, the only way to escape is to seize the plane and fly away. Drive towards the hangars and then use the runway to escape. Be careful and try not to be seen by the tanks. Unlike the previous parts of the game in GTA 5, they shoot, and they do it quite accurately.