Grand Theft Auto is definitely the name of a non-stop series that is moving to new heights over time. It is very difficult to predict the success of this series because there is no player who has not tried his luck in this game. GTA has always been at the forefront of the gaming community. The main reason for this is the story but it is an adventure that is always growing which creates more interest.

Grand Theft Auto 5 is a game of the present time which, despite the passage of time, is still ranking its popularity. Similarly, the story of the game revolves around activities where no one is friends, only power is the only way to create and maintain your identity. There are three main characters in this game and all of them are undoubtedly amazing but most of the players choose Trevor. Today we will tell you about the real life of this character so let’s know about GTA 5 Trevor now. 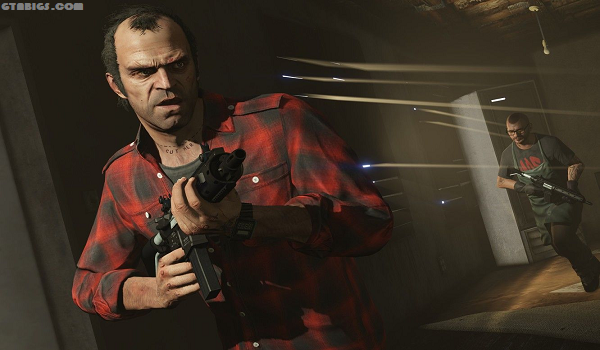 Journey from childhood till now

Trevor Philips is the protagonist of GTA 5 who is known throughout the gameplay for his crazy activities. The story of this character certainly forces him to step into the world of crime. In addition, the character’s abilities definitely elevate his position in the game, so players always start their journey with this character. Trevor was born in Canada in 1967. The ups and downs of life had put him in trouble since childhood. He has been close to his mother since childhood and has spent a lot of time with her but his father has always abused and harassed his mother. He always tried to share his mother’s grief and looked down on his father.

Furthermore, Trevor’s life journey has traveled through different states and countries, and over time his life has taken him to different places. That is why he has always been considered an undesirable man and Trevor was shaken by it all. Due to domestic violence at an early age, he made some mistakes as a child, such as killing animals. In the same way, he was slowly moving towards wrongdoing. Speaking of education, he definitely dropped out of school due to unfavorable conditions.

Then one day Trevor father dropped him off at the shopping center with the intention of keeping him out of sight forever. But the fire of revenge is not easily extinguished. One such day he decided to take revenge on his father and burn him alive and he succeeded. He often told this to his friend Cletus. Trevor also had a brother named Ryan, who was killed in a car accident in 2013. The traumatic experience of life had a devastating effect on Trevor’s life and he sank into the world of crime.

Trevor special skills and the beginning of the crime

In Trevor’s middle age, he was interested in joining the army, and to some extent, he was able to fly jet fighters. But his intentions did not last long, when he was expelled by the army on the grounds that he was not in a position to be more serious at the Army. This incident made him mentally weak and Trevor temper flared. He no longer understood the purpose of life and felt lonely. All this took him to the world of crime where he decided that he would spend the rest of his life in this field.

He was involved in petty crime, but when he met Michael, a professional criminal, Trevor pushed himself further into the field. Gradually he became addicted to drugs and his anger increased and he did everything himself. Similarly, Trevor committed crimes very quickly and in 1993 he founded a regular firm named after him. The company’s job was to expand the arms and drug trade. Trevor and Michael together committed all the thefts and robberies, and as soon, they began to rule the city.

Trevor has always been well-liked by players, mainly because of his crazy demeanor and style. This character certainly respects the other. It is very difficult for enemies to avoid this role because it is not so easy to deal with. Trevor obsession will blow up the enemy because his ability is such that everyone wants to keep himself away from this role.

Although Trevor’s role in GTA 5 has been well-received, there are some players who do not consider the character’s abilities sufficient. If we look at the number of missions in this character, it consists of 9 missions. They are all full of adventures where strength and ability always bring dangers closer and tell them to face them. Players can definitely participate in all missions by choosing Story Mode as you will complete one mission and access to the next will be easier.

In some missions, Trevor is alone, where he faces difficulties and destruction. When in some cases, he has to participate with Ron. Similarly, the game includes a large number of side missions where you can easily participate. When it comes to entertainment, Grand Theft Auto 5 has great opportunities for entertainment, so when you play game with Trevor, you’ll definitely want to find a girlfriend for that role.

The most important reason for this character is seen by the players when it pours out its wrath on every living and non-living thing. Especially his body language and speaking style definitely draws the players towards this role. The choice of GTA 5 Trevor can definitely add to the fun of the game.

Trevor Phillips is definitely the strength of the game, rather according to the statistics, every Grand Theft Auto V player always considers this role as his first priority. In this article we have covered important information about GTA 5 Trevor that will enhance your knowledge. It is important to note that the main character behind this role is Steven Ogg. Which belong to Canada and simply put, Trevor voice and movements are definitely due to this character.